BUILD A TENSORFLOW OCR IN 15 MINUTES WITH DEEP LEARNING TECHNOLOGY

Hello and welcome to DATAMITES, home of data science.

Hello everyone and welcome to the data convolutional neural network code along in this lecture. We’re going to connect the theory ideas that we previously talked about to actual implementation of code tensorflow. Let’s open up a Jupiter notebook and get started. 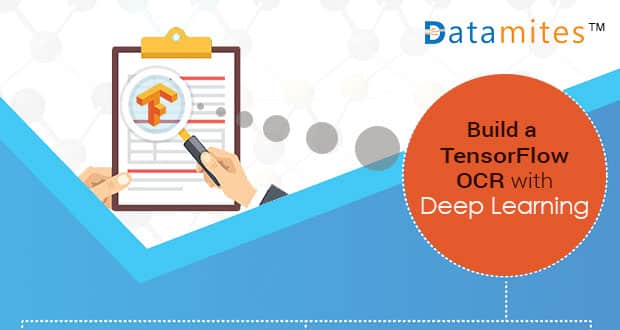 Here, the problem set we have is the MNIST dataset and what we are trying to achieve is to build an image recognition algorithm that can successfully classify the images in to any digit from 1 to 9.The MNIST dataset contains 57,000 train images and 5000 test images of handwritten characters from 0 to 9.

So the first thing I’m going to do is import Tensor flow of course as T.F. and then I’m going to set up the data just like we did before. This imports our input data then we’ll say this is equal to input data function and then we’re going to call read data sets on this function. And we’ll set one hot equal to true, to make sure that our output features [numbers from 1 to 9] are one hot encoded as a 10*10 matrix of features. 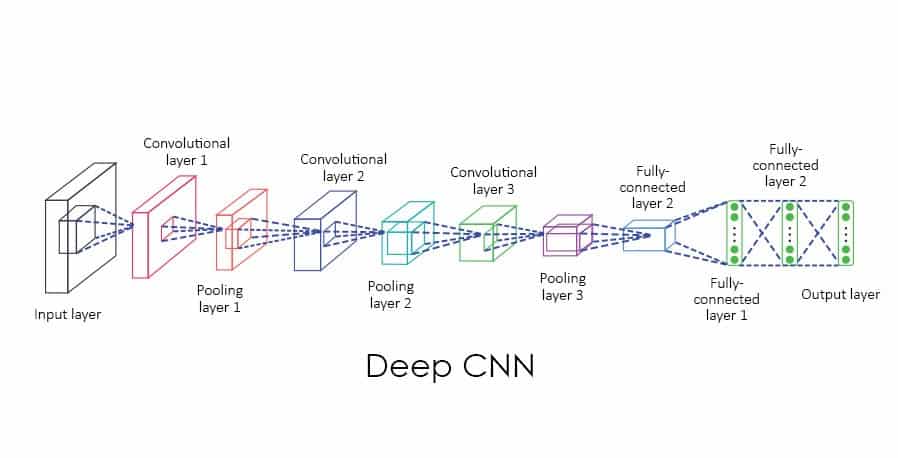 1.helper function that will help me initialize the weights Of a layer.

2.The next one is going to help initialize the bias of a layer.

3.then we’ll have some other ones that do return a 2D convolution. So basically taking a tensor and taking a filter and apply it as a convolution and then also do a pooling helper function.

In this function in fact we’ll just call it a “convolutional layer” is going to take some input X and then the shape parameter so we’ll create the weights with the shape and the biases are just going to run along the third dimension. So I’ll say it biases and then we’re just going to pass in shape three here. And then I’m going to return T.F. tensor flow object. I’m going to use a rectified linear unit as the activation function.

This is a normal fully connected layer

PUTTING IT ALL TOGETHER:

So it’s time to actually build out multiple layers along with the placeholders and do a loss function and an optimizer to initialize the variables and run the session. I would say the hardest part of all of this is keeping in mind your dimensions. Once you do this multiple times if image sets you start to get good at it.

Placeholders are used to store input variables before actually supplying them to the CNN. The syntax to create a placeholder in tensorflow is as below :

Now ,as u can see above , we have a drop out as well defined here, this is to make sure that we prevent over fitting by randomly dropping neurons.

# 64 then just comes from the output of the previous Convolution

full_layer_one = tf.nn.relu(normal_full_layer(convo_2_flat,1024)) #adding a fully connected layer at the end.

Now, we’re going to connect the theory ideas that we previously talked about to actual implementation of code in tensor flow. we’ve defined all our layers and all that’s left to do is create a lost function our optimizer initialize the variables and then run a session. So let’s start by defining a loss function and we’ll use cross entropy to be our loss function and we essentially just use the built in functions that are already in tensorflow.

Next, we creat a variable called “train” , and we will equate it to a built in function of the ADAM Optmizer, called optimizer. minimise, which basically tries to minimise the loss, or in this case, cross entropy which we will pass as a parameter.

CREATING A SESSION AND PUTTING IT ALL TOGETHER:

NOTE: Keep in mind I’m running on a really fast computer it’s also a GPU accelerated on a very good high end graphics card so you may have to wait much longer than I am to get results. This could take up to several hours so keep that in mind. Depending on the speed of your computer.

So ill start by running a session run and then run the session for number of steps = 5000.

So remember that we actually have three placeholders. We have the two classic ones which is just x and y. and then a weight which is W.

next what i am doing is that i am creating 2 batches: batch_x and batch_y and storing the training images from the mnist dataset with a batch size of 50 images.

After that, I’m doing a sess.run() and passing a feed dictionary of input defined by x and y placeholders.[see code below].

And after every 100 steps, I’m basically trying to print out the accuracy and loss.

# PRINT OUT A MESSAGE EVERY 100 STEPS

If you are looking for Deep Learning Training courses, contact Datamites. 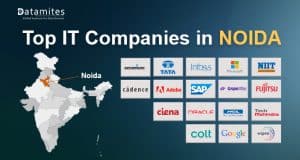 What are the Top Ranking Companies in Noida? 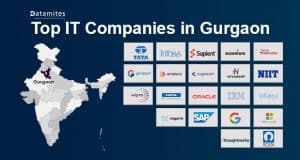 What are the Top Ranking IT Companies in Gurgaon? 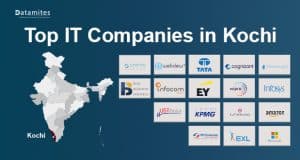 What are the Top IT Companies in Kochi? 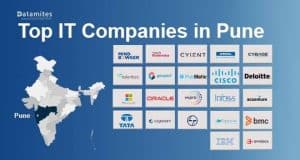 What are the Best IT Companies in Pune?