TIPS :
Home » Resources » What are the Top IT Companies in Mumbai?

What are the Top IT Companies in Mumbai?

Mumbai, India’s commercial centre, is well-known for its financial headquarters. The unceasing flurry of activity, despite the time of day or night, the variety of delicacies, and the banter that peaks above it all – there is always room for you in Mumbai – the city is abuzz with sparkles and dreams.

The history of Mumbai

Mumbai (formerly Bombay) was a collection of seven tiny islands in the Arabian Sea until the 17th century. Koli fishermen were among the first to construct their communities and towns beside the Mumbai coastline. The name Mumbai is an eponym, derived from the word Mumbadevi, a local Goddess. Colaba, Mazagaon, Mahim, Parel, Bombay Island, Worli, and Old Woman’s Island are the seven islands that make up the heritage of this lovely city.

In truth, this collection of islands was formerly part of the realm of Ashoka, India’s famous Buddhist ruler. The ownership of these islands was handed down after the king’s death, and they were later inhabited by many other monarchs. The city underwent extensive restoration beginning in the early nineteenth century, and the economy benefited from the American Civil War. Apart from the restoration and ownership, Mumbai (formerly known as Bombay) has also witnessed horrific devastation during WWII and the Hindu-Muslim riots. After a series of renovations and fights, the city was designated as the state capital of Maharashtra.

What you know about Mumbai’s tech sector:

Mumbai is the country’s financial hub, and it is also recognized as India’s fourth-largest metropolis for IT exports. The IT-ITeS (Information Technology and Information Technology Enabled Services) sector is rapidly transforming the face of Indian corporate standards. With centuries of Indian heritage, it is today a place that welcomes those who seek refuge. People flock to the great city in search of accomplishment and a better life.

Mumbai, along with its neighbours Hyderabad, Chennai, and Bangalore, has transformed into a significant IT centre to meet the needs of its rising population. Top IT companies are also interested in Mumbai!

Accenture is an Irish firm with 495,000 employees and headquartered in Dublin, Ireland. In the year 198, Accenture was discovered in the United States. It currently employs over 80,000 people globally and is listed in the Fortune 500. The firm, which is one of Mumbai’s most well-known IT firms, offers services in strategy, consulting, digital, and technology-related fields.

The company’s Indian headquarters, located on the 17th floor of Express Towers in Nariman Point, Mumbai, caters to the nation’s recruitment and IT needs.

Infosys is a global leader in next-generation information technology, started in 1981, with headquarters in Bengaluru. The organization, which has offices in 46 countries, assists people with their digital transition. The Mumbai-based IT firm specializes in software development and independent validation in the financial, insurance, and industrial industries.

Infosys is a corporate consulting and outsourcing firm that specializes in information technology. Infosys is leading the road into IT excellence from its Mumbai headquarters at Mittal Tower, 8th Floor, Nariman Point, Nariman Point!

IBM is a portmanteau for International Business Machines, an American corporation founded in 1889 by Harlow Bundy in Binghamton, New York. The corporation, which has operations in 170 countries, offers cloud computing, artificial intelligence, and data analytics services.

IBM’s Indian subsidiary is IBM India Private Limited. IBM’s Information Technology teams believe in progress and that applying intellect, logic, and science to business, society, and the human condition may enhance the company, society, and the human experience. It is a large IT firm with a headquarters in Andheri East, Mumbai.

TCS, or Tata Consultancy Services, is India’s largest IT corporation, with 149 offices in 46 countries. It is also the first Indian corporation to reach a market valuation of $100 billion. It delivers IT services and consulting to some of India’s most well-known brands. Tata Consultancy Services is one of the planet’s most valued IT services brands.

Tech Mahindra is an Indian-based IT company that provides IT and business process outsourcing services to multinational corporations.

Tech Mahindra, one of the greatest tech businesses, is headquartered in Mumbai and has a registered office there. It currently has over 900 clients.

With over 1.8 lakh workers, Cognizant Technology Solutions is one of the top ten IT firms in the world. In Mumbai, they have three offices. It has grown to be one of the most known and reputable companies in its 25-year journey.

Wipro India Business, a division of Wipro Limited, is a global leader in end-to-end IT transformation, consulting, and business process outsourcing, as well as a pioneer in the Indian market with decades of experience.

The company uses information technology to assist people in adapting to the digital age and becoming successful. Wipro India is headquartered in Andheri East, Mumbai, and has operations in cities throughout India.

Oracle Corporation is a software and technology company established in California, United States. It is the world’s second-largest software corporation, with over 1 lakh employees in various regions. Mumbai is home to one of its development centres.

L&T Infotech endeavours to give Information Technology Services, IT Consultations, and Business Process Outsourcing all at one place around the world.

L&T Infotech, headquartered in Mumbai, is India’s sixth-largest IT business by revenue. With its headquarters in Powai, Mumbai, the company employs over 30,000 people worldwide and delivers IT solutions and consulting to a variety of industries.

They were founded in 1999 and now employs over 7800 people. Its areas of expertise are IT consulting and business outsourcing.

Polaris Software was founded in 1993 and was acquired by Virtusa, an American corporation. It is now sold under the name of its parent company. It will be based in Southborough, Massachusetts, and will provide IT consulting, systems implementation, and application outsourcing services.

iGate is a multinational corporation headquartered in Pittsburgh, Pennsylvania. Capgemini purchased the company in 2015. It employs about 30,000 people and has offices in 70 locations. IGate specializes in IT and hardware, offering cloud services, enterprise mobility, and application development to a variety of industries.

Another well-known IT firm in Mumbai is Hexaware. Since 1990, Hexaware has been around. It is an IT/BPO firm that delivers software to a variety of industries, including banking, retail, and others.

Over 270,000 individuals work for the corporation in over 50 countries, with roughly 120,000 in India. The business is a global leader in the services it offers. The Group is at the vanguard of innovation in the growing world of cloud, digital, and platforms to serve the full range of customer prospects.

KPMG International Limited (or simply KPMG) is an Anglo-Dutch multinational professional services network that is one of the industry’s Big Four accounting firms. The company’s global offices are in Amstelveen, Netherlands, and its Indian headquarters are in Mumbai, India.

KPMG is a global network of firms with about 227,000 workers in 147 countries. Financial audit, tax, and advisory services are the company’s three main lines of business. It divides its tax and advising services into different service groups.

Microsoft India aims to facilitate digital transformation for the intelligent cloud and intelligent edge era. The organization has been leading the IT sector in innovation and initiative with a vision for this transition.

Shiv Nadar started HCL Technologies Ltd, an Indian multinational corporation headquartered in Noida, India, in 1976. HCL Technologies is a next-generation global technology company that assists organizations in reimagining their operations and preparing for the digital future. The technology goods and services offered by the company are the results of four decades of research, inventiveness, and initiative. The company operates across the country, with its headquarters and operations in Mumbai.

You can check Why DataMites for Data Science Course in Mumbai?

What is the software engineer’s average salary in Mumbai?

What is the software engineer salary in Mumbai for Freshers?

What is the Mid Level of software engineer’s average salary in Mumbai?

A mid-career Software Engineer in Mumbai with 5-9 years of experience makes an average total salary of 8,40,784 INR a year.

What is the average salary of a Senior software engineer in Mumbai?

An experienced Software Engineer in Mumbai with 10-19 years of experience gets an average total salary of 15,45,457 INR a year. Employees with a late-career (20 years or more) receive an average total remuneration of 24,56,588 yearly. (Source: Payscale)

Mumbai’s IT industry is expanding, with new companies springing up and employees being hired at a quick pace and paid handsomely.

Information technology jobs will always be in demand, and IT businesses in Mumbai are no exception. It primarily attracts young people and those just out of college since they are the most adaptable in the market and are willing to work long and irregular hours. They will be enticed by the salary, and being fresh out of college, they will be overjoyed at the opportunity to earn and spend their money. They would normally choose the best IT businesses in Mumbai, those with well-known brands and large headquarters to match.

Mumbai is a city of overwhelming lights and an unceasing sea of people. A significant number of people have come to Mumbai from smaller towns to make it big. Among the first areas, they would look at would be Mumbai’s IT companies, which are always hiring. 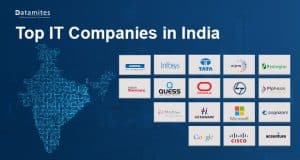 What are the Top IT Companies in India? 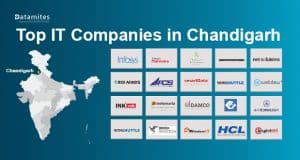 What are the Top IT Companies in Chandigarh? 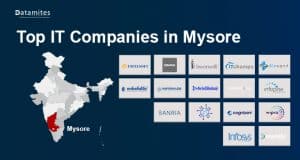 What are the Top IT Companies in Mysore? 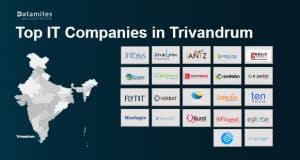 What are the Top IT Companies in Trivandrum?