TIPS :
Home » Python Resources » What would be the Python Certification Course Fees in Kochi?

What would be the Python Certification Course Fees in Kochi?

Given the sheer number of programming languages available, it makes sense that various people would hold wildly divergent views regarding which language is “the greatest one.” It makes no sense to declare one language to be superior to all the others because, as is obvious, it all depends on the project at hand. But that doesn’t mean that there aren’t programming languages that are admired and loved by programmers everywhere. Perhaps the most well-known of them all is Python Programming Language.

Python vs SAS – What is the Difference? Pros & Cons

Kochi is a prominent IT hub in India. In addition to being among the most widely used programming languages in the world, Python also provides some of the most promising job prospects. Every year, there is a greater need for Python developers. This high-level language for programming is well-liked for a reason. If you have python skills on your resume, you could be able to acquire one of the following positions in a reputed company:

With python skills in Kochi, you would have the opportunity to work with some of the world’s most well-known brands with firms such as Amazon, Accenture, Cognizant, Tata Consultancy Services Limited, and others. Your career will advance as your experience grows. As a result, a Python-savvy software engineer’s salary can be around 4,64,516 LPA per year (Payscale). According to the economic research institute, a python developer’s salary in Kochi is 13,74,513 INR.

Companies are constantly searching for qualified and skilled workers to satisfy the consumers’ shifting technology needs, in India today. One of the hottest talents for 2022 and beyond is python. However, there are numerous Python skills that you will need to master in order to excel in the area!

Although they are important, you should not be worried if you lack these skills; as they say, with enough curiosity and determination, you can master the basics and achieve a command of the Python language.

Refer to the articles to Know:

Where to begin your career in Kochi?

With the increasing demands in the information technology and computer science sectors in Kochi, starting a python career in Kochi is an excellent decision. Python programming is highly sought after by employers, which goes hand in hand with its lightning-fast growth. Python is the second most in-demand programming language for 2020, according to the number of job ads on one of the biggest job search websites, LinkedIn.com.

A degree in computer science, engineering, data analysis, or data science is not required to pursue a python career. There are various ways to learn Python and become certified; chances exist both online and offline. You’re probably wondering what job profiles and scope Python has to offer. Python-trained professionals are in high demand. Companies do hire freshers that have a recognised Python Certification in Kochi.

The most crucial thing here is to receive Python Certification Training in Kochi from a recognised university. DataMitesTM, a global institute for data science, and associated courses, provides the top python certification training courses in Kochi. Our Python courses include Machine Learning with Python, Certified Python Developer and Python for Data Science. At DataMites, we provide classroom Python training as well as Online Python Training in Kochi.

DataMites Python Certification Courses in Kochi will help understand the language while completing a course and studying Python thereby assisting you in laying a firm foundation and learning advanced topics related to python.

What is the python course fee in Kochi?

Python as a programming language is blooming in the market and will continue to expand in the next years. A python certification training in Kochi might cost anything between 20,000 and 50,000 Indian rupees.

Now is the time to enrol in DataMites Python training in Kochi to get started. Our course will provide you with the best industry-certified Python education with a competitive syllabus designed and taught by industry specialists. With our 20-30% discount, getting the Best Python Course in Kochi from DataMites is simple. Python classroom instruction costs 35,000 rupees in Kochi. The cost of online Python training in Kochi is 33,000 INR, yet it can be obtained for merely 16,055 INR.

Python has grown increasingly popular in machine learning, with the majority of specialists using it. ML is a relatively new field that has already seen applications in chatbots, social media apps, and virtual assistants! According to Forbes, the machine learning market will be worth $20.83 billion by 2024. You may enrol in the DataMites Machine Learning with Python Course in Kochi for 23,473 INR. Python has grown quite popular in machine learning, and the vast majority of specialists in this subject utilise it. This popular course lasts five months and includes more than twenty capstone projects, as well as one live project to learn from.

Kochi has a thriving IT infrastructure, with various government programmes utilising developments in artificial intelligence, IoT, and machine learning. This city is gradually becoming an IT hub. The use of Python is anticipated to increase in the future in three areas: data science, big data, and networking. But you can’t just restrict its expansion to just three regions. Modern cities with cutting-edge technology aid in the growth of the whole country. To keep up with the pace of technological advancements occurring on a global scale, several emerging nations are coming up with the concept of building smart cities.

Python vs Java – What Is The Difference – Pros & Cons 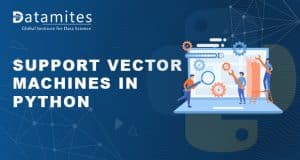 What is a Support Vector Machines(SVM) in Python? 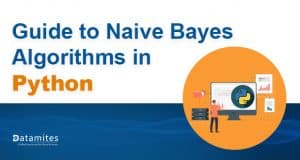 A Complete Guide to Naive Bayes Algorithm in Python 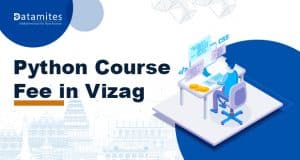 What would be the Python Certification Training Fees in Vizag?