TIPS :
Home » Career Guidance » Which are the best programming languages to be mastered for Data Science?

Which are the best programming languages to be mastered for Data Science?

Data Science is transforming the way companies conduct their business. As Marissa Mayer rightly says- “With Data collection, ‘the sooner, the better’, is always the best answer”. All the information regarding sales revenues, customer product preferences, past profits, collectively constitute data for the company. This data is vital to make business decisions and plan the future course of action. Data is an essential component of any business, mainly when it comes to decision making. The data, which is raw, and mostly unorganised is known as Big Data. Big Data can be better understood in three terms, otherwise called the three Vs of data, namely Volume, Variety, and Velocity.

Python is a widely-used and most favourite among Data Scientists for the convenience it offers. From a syntax perspective, Python seems to fare well compared to other programming languages. Data Scientists and Machine Learning Experts around the world tend to laud Python when it comes to incorporating it into their day to day functions. They are in search of something which less complex and, at the same time, serves the purpose well.

Data Science involves deriving information that is both valuable and useful from large datasets. These data sets are mostly unarranged and devoid of accuracy. Machine Learning algorithms help to establish a relationship with data but should be supported by impeccable computational efficiency. Python serves this objective well. It helps in creating data output in CSV format that facilitates easy readability. Also, Python is known for a wide range of language libraries. Some of the best-known Python libraries are:-

The above mentioned Python libraries are highly rated and are beneficial in usage, freeing from the task of having to write codes. Various libraries have their respective uses. For instance, Numpy is used for performing complex mathematical operations with the help of various functions present in it.

The characteristics of R is similar to that of Python, which makes it easily comparable. For instance, R has an open-source programming language like Python. It helps to suffice statistical computation. It is a replacement for traditional statistical techniques such as SPSS and SAS. R also consists of front ends that facilitate easy interaction with the statistical computing environment. For instance, a Graphical User Interface (GUI) helps a professional to conduct data analysis without having to depend upon commands, just by selecting from the menu. Moreover, a Graphical User Interface(GUI) present in R helps in data loading without having to learn a language for analysis. Thus, R for data science also a good option.

Scala is a programming language characterised by high-level functionality that helps in filling the gaps left by the JAVA programming language. It ensures better scalability when it comes to working with large volumes of data. Scala, combined with Spark, supports data processing on a large scale. Scala has a wide range of libraries that helps in enhancing its functional capabilities.

Matlab is a special-purpose programming language used for writing programs that are moderately sized and helps in solving problems. It has found applications right from the field of engineering to finance. Precisely, Matlab is the best option when it comes to performing mathematical operations such as Linear Algebra. It also helps in operations like Interpolation, Optimization, Sparse Matrices.

Structured Query Language, better known as SQL, is a tool for managing data stored in a relational database. SQL has been in existence for a long time but is in great demand in the current times. SQL help users to read, manipulate, and alter data effectively. Some of the advantages of using SQL for data analysis are:

SQL can be used, in other frameworks, which helps to ease the burden of building an entirely new framework structure. It is compatible with Python, Scala, and Hadoop.

On a conclusive note, if we conduct a careful study of the most opted programming languages for Data Science, we can find that Python still leads the race. Therefore, if you are an aspiring Data Scientist, it is always advised to master Python. Institutes like DataMites offers Python for Data Science course, along with Data Science, Artificial Intelligence, and Machine Learning certifications. Join Certified Data Scientist course now.

2020-11-24
DataMites Team
Previous: Why Certified Data Scientist Certification is the Best Training Course?
Next: What Is The Trend Of Data Science Jobs In India? 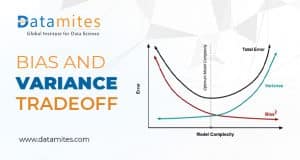 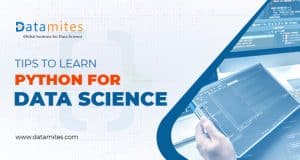 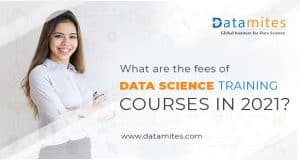 What are the Fees of Data Science Training Courses in 2021? 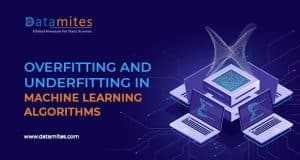 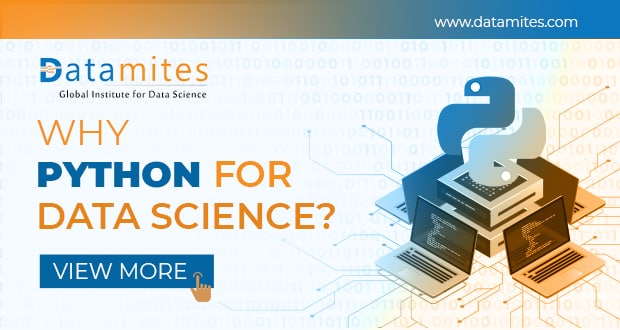 Why Python for Data Science

The creator of the popular programming language Python was Guido Van Rossum and it was available in usage by 1991. Python is a general-purpose and ... 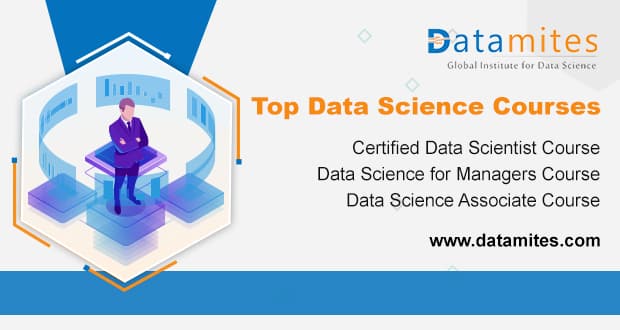 Pursuing a career in Data Science and Artificial Intelligence- Is it the right time?