Outlier Detection and Its importance in Machine learning

Outliers are the data points of the datasets which are far away from the rest of the other data points. They can be introduced by human errors or execution errors.

In fig 1 we have red apples along with 1 green apple. So if consider all properties that a red apple can have and plot it on X-y plane(Fig 2) than green apple will be pointed as an outlier, as properties of green apple are different from red apple. (Here properties can be considered as dimensions).

How outliers are introduced?

Generally, outliers are introduced by human mistakes. Consider we are collecting data for heart disease patients and blood pressure is an important feature to determine the risk and for some patients, the high blood pressure is noted as 1400 instead of 140.
Now when such data fed to machine learning algorithm it is likely the predictions will be misleading.

How many types of outliers?

Data points anomalous with respect to the majority of data points. Consider in class, age of all students will be the same but a record with student age as 500 is an outlier. It could have been generated due to many reasons.

Data points are anomalous for a given specific condition. The value of data point deviates significantly from the rest of the points on the same condition. Consider a time series data for the stock market as with drastic fall of the economy due to COVID-19, the stock market almost crashed.SO the data points at this time can be considered as conditional outliers. Keeping a point, these points can be removed from the dataset because they are representing the seasonal pattern.

A collection of data points anomalous but appear close to each other because they all have the same anomalous values. In time series normal peaks and valleys occur outside of a time frame when that seasonal sequence is normal or as a combination of time series that is in an outlier state as a group.

When working on any machine learning task, handling of outliers is necessary. The first step in detecting outliers is via visualization.

Once we are able to visualize the outliers then it becomes quite easy to decide what actions we can take. For outlier visualization, we generally use box plots, histogram and scatter plots.

This plot is present in the seaborn library and in python below code execution can straight away gives boxplot. It is known as univariate analysis

import seaborn as sns
sns.boxplot(x,data=df)
Above code will give boxplot for x variable from dataset df.

In this distribution where the bulk of data points are on the side and few points appear away from the main group and they represent outliers.

This plot helps to understand the degree of associations between two numerical variables, and any observation which is far from the normal association is an outlier.
It is multivariate analysis as based on the distribution of 2 features we are deciding the outliers.

Now we are able to visualize the outliers so next comes how to get values of data points which are actually outliers. There are numerical methods to do, let’s see each one of them.

Z score tells how the data points are away from mean, or move over technically it’s a measure of how many standard deviations below or above the population mean a raw score is. Here we assume the data points are normally distributed. If not then we need to rescale it.

After rescaling data points which are way too far from zero will be treated as the outliers. In most of the cases, a threshold of 3 or -3 is used i.e. if the Z-score value is greater than or less than 3 or -3 respectively, that data point will be identified as outliers.

You can directly calculate Z score from scipy library

Where df is your data frame and zscore() function accepts array so you need to pass df. height.

IQR is used to measure variability by dividing a data point into quartiles. The data is sorted in ascending order and split into 4 equal parts. Q1, Q2, Q3 called first, second and third quartiles are the values which separate the 4 equal parts.

InterQuartile range is given as QR = Q3 – Q1

FIlter data on above min and max values and that will be your outlier.

How to treat outliers?

The other way is to get outliers and their treatment from the dataset based on machine learning algorithms that we will discuss in the next blog.

2020-12-31
DataMites AI Team
Previous: Different Types of Feature Scaling and Its Usage?
Next: Pursuing a career in Data Science and Artificial Intelligence- Is it the right time? 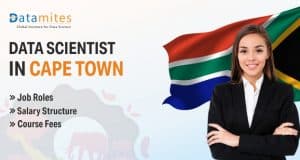 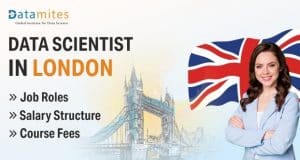 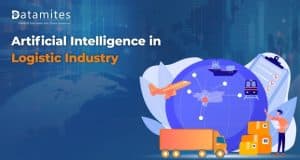 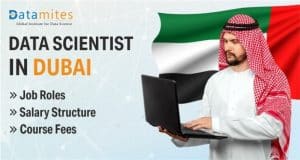