Data scientists often get data which have huge number of dimensions(independent variable) which leads to 2 major problems.

Majority of the machine learning algorithms rely on the calculation of distance for model building and as the number of dimensions increases, it becomes more and more computation-intensive to create a model out of it. For example, if we have to calculate the distance between two points in just one dimension, like two points on the number line, we’ll just subtract the coordinate of one point from another and then take the magnitude:

What if we need to calculate the distance between two points in two dimensions?

The same formula translates to: Distance= √(𝑥1−𝑥2)2+(𝑦1−𝑦2)2
What if we need to calculate the distance between two points in three dimensions?

This is the effort of calculating the distance between two points. Just imagine the number of calculations involved for all the data points involved.

One more point to consider is that as the number of dimensions increases, points are going far away from each other. This means that any new point that comes when we are testing the model, is going to be farther away from our training points. This leads to a less reliable model, and it makes the model overfitted to the training data.

2) Hard (or almost impossible) to visualise the relationship between features

As stated above, humans can not comprehend things beyond three dimensions. So, if we have an n-dimensional dataset, the only solution left to us is to create either a 2-D or 3-D graph out of it. Let’s say for simplicity, we are creating 2-D graphs. Suppose we have 1000 features in the dataset. That results in a total (1000*999)/2= 499500 combinations possible for creating the 2-D graph.

The above effects are known as the curse of dimensions.

Is it possible for humans to analyse each graph???

The questions that we need to ask at this point are:

The answer to all the above questions is – Dimensionality Reduction technique.

What is a Dimensionality Reduction Technique?

When to use Dimensionality Reduction? Dimensionality reduction shall be used before feeding the data to a machine-learning algorithm to achieve the following:

What are the principal components?

Principal components are the derived features which explain the maximum variance in the data. The first principal component explains the most variance, the 2nd a bit less and so on. Each of the new dimensions found using PCA is a linear combination of the old features.
PCA assumes that the mean of all the individual columns is zero and the standard deviation is 1. So, before applying PCA, the data should be pre-processed appropriately.

Step1:- Consider a 2-dimensional dataset Let’s plot this on the XY plane and calculate the average of the magnitude of all the points. Blue ones are the actual points and the yellow one is the average point.

Step 2:- Move the points so that the average point is on the origin. This is called a parallel translation. Although the coordinates of the points have changed, the corresponding distances among them remain the same.

Step 3:- Create the best fit line for the new data points. We first start with a random line(the blue one) and then try to find the best fit line(the green one) so that the distance from individual data points is minimum and consequently the distance from the origin is maximum. This best fit line is called Principal component1 or PC1.PC2 is a line perpendicular to the PC1. Then the axes PC1 and PC2 are rotated in a way that PC1 becomes the horizontal axis

Then based on the sample points the new points are projected using PC1 and PC2. Thus we get the derived features.

What is the optimum number of Principal components needed?

This is done by the explained variance ratio. It represents the amount of variance each principal component is able to explain.

For example, suppose if the square of distances of all the points from the origin that lies on PC1 is 50 and for the points on PC2 it’s 5.

In a real-life scenario, this problem is solved using the Scree Plots.

Scree plots are the graphs that convey how much variance is explained by corresponding Principal components.

As shown in the given diagram, around 75 principal components explain approximately 90 % of the variance. Hence, 75 can be a good choice based on the scenario

#The objective is to tell the type of glass based on the amount of other elements present.

So, instead of giving all the columns as input, we’d only feed these 4 principal components of the data to the machine learning algorithm and we’d obtain a similar result.

#This will be the new data fed to the algorithm.

After selecting PCA components ,create model out of it.To test the model performance on unseen data,save the model as .pickle file and do the predictions
Import pickle
ilename = ‘finalized_model.sav’
pickle.dump(model, open(filename, ‘wb’))

#load the model from disk

Here, we see that earlier we had 9 columns in the data earlier. Now with the help of Scree plot and PCA, we have reduced the number of features to be used for model building to 4. This is the advantage of PCA. It drastically reduces the number of features, thereby considerably reducing the training time for the model.

2020-12-18
DataMites AI Team
Previous: What are the Best Artificial Intelligence and Deep Learning Courses in India?
Next: Data Scientist Salary In Indian Cities 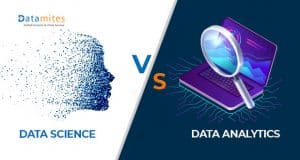 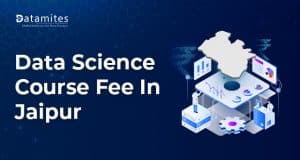 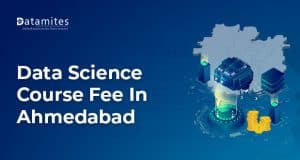 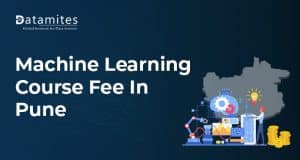 How much is the Machine Learning Course Fee in Pune?