TIPS :
Home » Python Resources » Do You Prefer Python or Java?

Do You Prefer Python or Java?

Should you do your next project in Java or Python? Do you have the luxury of making a decision? Is one of these languages a better choice than the others? Both Python high-level, general-purpose programming languages are widely used. Online and desktop apps are currently created using the Java programming language. Python is a programming language that may be used to construct machine learning and data science applications. Choosing between the two is obviously hectic.

Before Python vs Java, you can read

Python is a programming language that was originally propagated in 1991. It’s a high-level, interpreted general-purpose programming language. It is object-oriented in nature. Python was created by Guido van Rossum with a design philosophy focusing on code readability. The Python community will assign scores to each other’s programmes based on how Pythonic it is.

Python Developer, Machine Learning Engineer, Data Scientist etc. are just a handful of the job roles that a Python expert can hold. The job role could be distinct corresponding to the industry, organization and scope of the position. Yet, the one thing in common for your career in python is that you will largely be writing codes and building websites and apps or working with data and Artificial Intelligence.

Java is a favoured object-oriented, multi-platform, and network-centric programming language. It was first created in 1995 by James Gosling of Sun Microsystems and is also utilised as a computing platform. Java revolutionised the web experience, from simple text sites to pages with video and animation.

Despite competition from other languages, there is still a high demand for Java developers. In fact, based on who you ask, Java is one of the most in-demand programming languages on the employment market.

How much can I earn with Java Developer?

Today, Java is the most widely used coding language on the planet. As we continue to live in a world of IoT and machine learning, Java must change, expand, and coexist with other languages. The java courses are in high demand as being skilful in java is a requisite for many diverse IT job roles. The java course fee can range from 132.91 USD to 398.73 USD (10,000 INR to 30,000 INR) as per the discipline of training you choose to attend.

How does Python differ from Java?

Python is an interpreted language that is dynamically typed, whereas Java is statically typed and compiled. Java is faster at runtime and easier to debug because of this one difference, while Python is simpler to use and read.

Python’s appeal is due in great part to its communicative; people simply comprehend it more easily. It comes with a slew of Python libraries, so even the most inexperienced programmer won’t have to build from zero. Java has a vast number of libraries and a strong community because it is old and still extensively used. Python is simple to learn and utilise, whereas Java has a steep learning curve.

Python has a wide and well-rounded standard library that facilitates time-saving and is efficient for the programmer. Text processing, picture processing, web and testing frameworks are all included in the Python package. Java also has libraries, but they are tailored to the needs of the developer. In contrast to Java, Python has a large library.

Python programmes require an interpreter installed on the target machine to translate Python code, whereas Java programmes can run on any computer or mobile device that can run the Java virtual machine (JVM). Python has lower portability than Java.

A Java programme can be run on any computer or mobile device that can run the Java virtual machine. To translate Python code, a Python interpreter must be installed on the target machine. Python has lower portability than Java.

Both Java and Python place a sturdy prominence on code readability. Many developers favour Python because it allows them to keep their code short and avoid unnecessary code that makes application maintenance easier.

We may infer that both Java and Python have their own set of advantages. Java is faster and more portable than Python, which is simple and succinct. Java is statically coded, whereas Python is dynamically coded. Python’s future is satisfactorily understandable from what we can see, and we believe it will be successful.

Watch – Python vs Java – What Is The Difference – Pros & Cons – DataMites 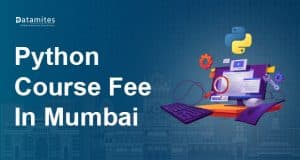