TIPS :
Home » Python Resources » How much is the Python Course Fee in Mumbai?

Why is Python such a hit? What is it about Python that tends to pique both novice and seasoned developers’ interests? From small beginnings, Python has developed into a key player in the current digital world. Python is a trusted source of dependable, effective, and understandable programming solutions for developers worldwide.

Python is also the programming language with the quickest rate of expansion. It is perfect for all kinds of software solutions due to its high-level, interpreted, and object-oriented architecture. Additionally, the language’s focus on syntax readability, programme flexibility, and code reuse greatly accelerate development while lowering maintenance costs.

Because there are so many programming languages, it makes sense that various people will hold wildly divergent views about which one is the best. Claiming a language is better than the others feels strange because it is obvious that everything relies on the project at hand. But that doesn’t preclude the existence of programming languages that are admired and favoured by all programmers. Python is possibly the most well-known of them all. Some python skills are as follows:

Mumbai is the nation’s centre for business, finance, and entertainment. Mumbai, which is considered to be the wealthiest city in India, has recently risen to prominence as a major tech hub. Several corporations, including L&T, State Bank of India, Reserve Bank of India, Bombay Stock Exchange, and other financial sectors, have their headquarters in Mumbai. Tata Consultancy Services (TCS), the largest IT company in India, is based in Mumbai.

You can check “What are the Top IT Companies in Mumbai?“

Mumbai is a melting pot of various nationalities and cultures thanks to the business opportunities and prospects for a higher standard of living those draw immigrants from all across India. Here, we’ll talk about the many Python careers that are open to programmers and how Python is currently the most in-demand, challenging, and potent language on the job market.

Python is used by many businesses because of the various advantages it offers, including Facebook, Dropbox, Spotify, Google, Quora, Wikipedia, Netflix, Yahoo!, NASA, and many others. It is among the world’s most adaptable, dependable, and powerful programming languages, and it is crucial to the majority of software development initiatives.

Progress with Python is highly encouraging for the future. Developing the right talents will help you land the perfect career. The Python career path is completely unproblematic; all you have to do is get serious and begin learning. A python developer in Mumbai earns an average salary of 5 LPA a year according to Glassdoor data. As per Indeed.com, a python developer’s salary in Mumbai is 7,80,298 INR a year.

DataMites, a global institute for data science and related courses offer the best training in python certification courses in Mumbai. We provide Python training through our courses on Machine Learning with Python, Python for Data Science, and Certified Python Developer. At DataMites, we offer Classroom Python training and Python Courses Online in Mumbai.

What is the python course fee in Mumbai?

One of the most widely used programming languages worldwide, Python also has some of the most promising job prospects. Every year, there is a growing demand for Python programmers. There is a good explanation for the popularity of this high-level programming language. The cost of a python certification course in Mumbai can often range from 20,000 to 50,000 Indian rupees.

The DataMites Certified Python Developer Course Fee in Mumbai is 33,000 INR and includes two months of training, more than ten capstone projects, and one live project to provide you with ample practical knowledge corresponding to the academic information.

Why DataMites for Data Science Course in Mumbai?

The financial, commercial, and entertainment hub of India has a population of about 20 million and is home to several billionaires from India. In terms of the movement of international money, it ranks among the top 10 commercial hubs around the globe. With over 22,000 job vacancies in python in Mumbai alone, the python job market is surging at a higher rate – Naukri.com.

The most promising career in technology and business is programming in Python. Python profession opportunities are growing dramatically on a global scale. Python is in demand among major businesses because of its simple codes and quick readability capabilities. A python is a great tool for creating innovative concepts. The number of candidates interested in Python grows daily.

Check out these video’s –

Python vs Scala, What is the difference? pros and cons

Python vs SAS – What is the Difference? Pros & Cons

Learn Data Analysis with the Help of Python 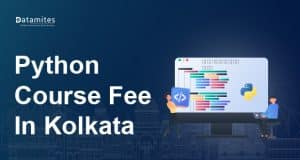