Is Data Science and Artificial Intelligence in Demand in Nepal?

Nepal’s economy is in the nascent stage and is heavily reliant on agriculture and remittances. Until the mid-twentieth century, Nepal was an isolated, rural nation with no schools, hospitals, roads, telecommunications, electric power, industry, or public service.

In Nepal, the IT industry is just getting started. In the Nepal Trade Integration Strategy (NTIS) 2010, the government of Nepal identified IT and business process outsourcing (BPO) as one of the five priority potential export service sectors. IT has the capacity to achieve huge development, investment, and profitability in the next years, and it is expected to be one of Nepal’s most important growth contributors.

Right today, big data and AI in Nepal play a significant role in their business strategy. In fact, they are the first country to create and occupy the job of artificial intelligence minister. They have high ambitions in this field. They are altering views by living the walk through these behaviours.

Because organisations collect vast amounts of data on a regular basis, and data has become the backbone of business decision-making, Data Science in Nepal is likely to be one of the most in-demand careers in the coming years. Data science and Ai in Kathmandu is also growing in demand.

This decade has been dominated by data science. Because every organisation in today’s times relies on data, data science has an impact on almost every industry. Data scientists can work in a variety of industries, including healthcare and pharmaceuticals, energy, and airlines.

What is the data scientist’s salary in Nepal?

Data science has been tagged as the highest-paying job of the twenty-first century. But what is it about data science that is producing such a buzz in the market? How well paid are the data scientists?

Check out the article – What are the Fees of Data Science Certification Courses in 2022?

Watch the video – What is Data Science?

Although data science techniques and methods have progressed significantly, no advancement has been more significant than the advancement in artificial intelligence (AI). AI refers to computers’ ability to execute things that were previously only performed by humans. AI used to be fully dependent on human programming, but thanks to machine learning, computers can now learn from data to improve their abilities. Artificial intelligence (AI), machine learning (ML), and data science all have a lot in common, but they’re not identical.

What is Artificial Intelligence?

The goal of artificial intelligence, which includes machine learning, neural networks, and deep learning, is to mimic human decision and thought processes. AI, in its most basic form, is a set of mathematical algorithms that enable computers to comprehend complex relationships, make actionable decisions, and plan for the future.

What are the popular career paths in Artificial Intelligence?

Engineers with a strong foundation in data science and AI are in high demand, and the demand will only increase as processing power and the amount of data available increase. The most in-demand AI job roles include big data engineer, AI engineer, business intelligence developer, ML engineer, data scientist, research scientist, and robotics scientist.

How much is the AI salary in Nepal?

By 2030, the Bureau of Labor Statistics expects a 31.4 percent increase in positions for data scientists and mathematical science experts, both of which are crucial to AI.

Are you up for an AI career?

If AI becomes more popular, there will be more opportunities for AI experts to assist in the integration of advanced research into more common commercial and cultural activities.

Attaining Artificial Intelligence Certification Training in Nepal from DataMites is undoubtedly the best move you can make. DataMites is a global institute for data science and artificial intelligence training. A complete grip over AI is possible only after getting trained by experts with decades of experience in the industry. DataMites AI Certification Training in Kathmandu is specially designed for professionals development in the field of data science and artificial intelligence.

Conclusion
AI and Data Science have so much potential in them to uncover the real technological explosion. Indeed getting certification training in these subject matters can be the right thing to do as the demand for certified and skilled data science and AI professionals only seem to be increasing.

2022-06-15
Data Science Team
Previous: What are the Best IT Companies in Hyderabad?
Next: How is Artificial Intelligence used in the Manufacturing Industry? 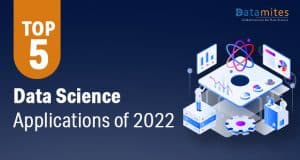 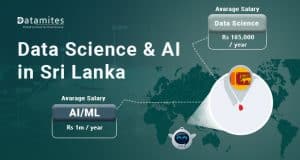 Is Data Science and Artificial Intelligence in Demand in Sri Lanka? 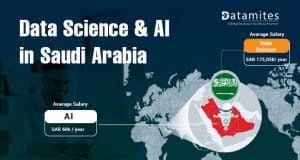 Is Data Science and Artificial Intelligence in Demand in Saudi Arabia? 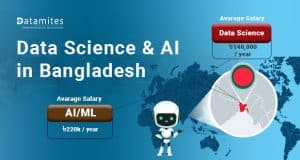 Is Data Science and Artificial Intelligence in Demand in Bangladesh?