As the reports from the United States Bureau of Labour Statistics suggest, the demand for knowledgeable and professional data scientists will increase by 2026, contributing to a 27.9% increase in employment. This dynamic field of data science is over the top in terms of careers in the USA. And why is that? Data science helps businesses get a foothold in the market by informing important business choices paving way for the rising demand for data science professionals and making it a lucrative career path in the US.

Why should you be considering a data science career in the United States?

Data is taking center stage in both business and technology, available in both structured and unstructured formats, and stacked up just about anywhere. With their expertise and knowledge, data science experts can transform this data into valuable assets that will help them flourish in the global arena and endure the current business norms.

Data is the keystone on which the global economic system is built. In addition to being a cutting-edge discipline that enables you to have a significant impact both within your organization and globally, data science is also expanding at an incredible rate. The need for big data and data science professionals is rising as an ever-growing number of industries see the value of employing analytical data to enhance business strategies.  The most sought-after job roles in the United States for the past four years, according to Glassdoor, are those involving data scientists.

Data science employment opportunities have consequently steadily increased over time. The US’s top economy, arguably, provides ambitious data scientists with a strong work environment and a high average base wage. As a result, the US is now among the top choices for students looking to pursue higher education and establish themselves.  According to the Bureau of Labor Statistics (BLS), the employment of statisticians in fields related to data science is expected to increase by 33.8% from 2016 to 2026, making them the occupation in the industry with the quickest rate of development.

For organisations to thrive and expand, harnessing the potential of data science has become crucial. As a result, there has been a sharp increase in demand for data science specialists in recent years. In addition to data scientists, there is a multitude of other jobs in the field, such as;

Data science jobs are growing at a 35% yearly rate in the US, according to LinkedIn. The need is only expected to grow in the future, and a career in data science is quickly becoming one of the most rewarding.

Check out the article to learn more: Is Data Science and Artificial Intelligence in Demand in the USA?

How much is the Data Scientist’s Salary in the US?

Robotic automation, cloud computing, the internet of things (IoT), artificial intelligence (AI), machine learning, and 5G technologies are all boosting the IT industry’s continued expansion. With a market share of more than 40%, the IT sector in the United States dominates the worldwide IT market. There are about 557,000 software and IT service companies in the United States, according to CompTIA. The tech business has a $1,879 billion economic impact or about 10% of the total.

Data science has an impact on almost every enterprise because data is now a prerequisite for all businesses.  Data science jobs in US typically pay profoundly more than the average salary.

San Jose has garnered its place as one of the biggest hubs in California according to several studies, with the city’s working population increasing over the years in what seemed like an unstoppable expansion, drawn by a thriving tech industry and an alluring lifestyle. Over 2,500 high-tech businesses and 90,000 employees are based in San Jose, the city council reports. According to LinkedIn, there are over 17,000+ data science job openings in San Jose alone as of January 2023.

One of the biggest and most active tech startups in the world is what New York City according to studies. The New York Times revealed that NYC has overtaken Silicon Valley as the second-largest tech cluster in the world.

Atlanta has made a name for itself as a top destination for tech professionals, and the awards are starting to roll in. Atlanta was named the hottest growing tech hotspot by Business Facilities magazine, putting it among an elite group of tech-focused cities. The city’s corporate sector still has big names, but waves of startups have given it depth and made it a magnet for IT workers.

Austin‘s skyline is growing, and the city’s reputation as a tech hub is solidifying. And the evidence is in the data. Austin ranks number 1 in CompTia’s list of ‘Top 20 Best Tech Cities in the US.’

Boston has tapped into the technological revolution to establish itself as a top location for engineers and technologists who are career-minded. BioTech, FinTech, EdTech, and robotics are some of Boston’s top high-tech growth industries.

According to the monthly Tech Jobs Report published by CompTIA, Chicago had the fourth-most job posts in the technology industry in August among U.S. metro areas with about 11,000 jobs. Due in part to the presence of tech behemoths like Google, LinkedIn, and Salesforce in the area, CompTIA named Chicago as one of the top US cities for the employment of technology workers in 2017.

Houston has also experienced a recent surge in tech talent, with job posts up 83% year over year and the average tech income standing at $100,341 annually, according to Dice.

The tech community in LA is diversifying. Los Angeles is home to an increasing number of unicorn businesses. According to a new analysis by venture capital company Telstra Ventures, Los Angeles is now the third-largest startup market in the United States, with close to 4,000 venture-backed firms calling the City of Angels home.

According to Dice, IT job ads in Miami, also known as “Silicon Beach,” have increased by 104% year over year. Both job ads and tech wages have increased.

San Diego, with its Mediterranean temperature, diversified population, and burgeoning venture capital environment, has fast developed into a sought-after digital hotspot as more business owners and investors move from established startup ecosystems to these new ones. Well, tech startups are said to have their roots in San Diego.

San Francisco is home to numerous employees of well-known Silicon Valley companies like Apple, Google, Intel, Salesforce, and Tesla. San Francisco has steadily emerged as the nation’s hub for advancement and development in technology. It is known as the “Tech Capital of the World” due to its ties to the scientific, research, and entrepreneurial communities.

The market for technologists in Washington, DC, has long been strong. The city and its surroundings are, however, attracting greater interest from some of the largest names in technology, which might transform it into a prominent tech hub in the coming years. This trend is further supported by CBRE‘s 2021 Scoring Tech Talent Report, which places D.C. third among the top markets for tech talent.

Well, according to projects from GlobeNewsWire, the data science market is ought to increase at a compound annual growth rate of 27.7% from USD 95.3 billion in 2021 to USD 322.9 billion by the year 2026. The need for data scientists is continually increasing as businesses become more aware of the value of data.  McKinsey Global Institute Report reveals that by 2028, there will be a shortfall of around 190,000 people in the United States alone with deep analytical and data science skills. Here are some of the sought-after skills for data science professionals, which can greatly benefit aspirants in progressing their careers.

Why should you be getting a certification in data science?

Read these articles to learn more:

Why DataMites for Data Science Courses in USA?

You must consider several aspects while selecting a data science certificate program in US, including cost, content, course length, and others. Consider your goals and learning requirements as you evaluate your selections. Prioritize programs with comprehensive career assistance services if your goal is to get employment after graduation. If you learn best with one-on-one instruction, seek a certificate program to help you master the domain.

DataMites Data Science Courses are career-focused and place a high priority on assisting you in getting employed, with features like deferred tuition and a job guarantee. Students enrolling in DataMites Data Science Training in USA are paired one-on-one with industry professionals who help with curriculum, career assistance, and accountability. Additionally, this program provides individualized career coaching and help with job hunting, including networking support, practice interviews, and guidance in resume making.

Refer these articles for more information:

How much would a data science certification cost in USA?

Getting the top data science certification in USA is one of the best methods to stand out in this industry. These, which are frequently difficult to attain, authenticate and verify your data science talents and enable you to show prospective employers that you possess the skills they are seeking for. On average, the data science course fee in US could vary from 606.33 USD to 2061.51 USD, depending upon the certification level, the institute, the mode of training, and such.

For its online data science courses in the US, DataMites offers flexible pricing, though. In the US, data science training fees are $1810, yet it is presently only $1017! This course will last for eight months and include 700 hours of instruction as well as 120 hours of live online training. Through 25 capstone projects and 1 client project, students will get practical experience. In addition, there are options for internships and job support.

DataMites does provide a blended learning option for data science training in the US, allowing you to study at your own speed while receiving live coaching from subject-matter specialists. At DataMites, the data science training fee in US will be $1260, but with the discount, you can simply enroll for just $723! With the aid of the course’s practical projects, you can create a portfolio to present your data science skills to potential employers. Thanks to IABAC, our entire program now possesses a distinctive worldwide identity.

Read these articles for more information:

Companies have data gushing out of their ears due to the pandemic’s surge in digitalization and the fact that big data keeps getting greater, therefore they require data scientists to distill it all down into the most important, actionable insights to guide businesses. You can start from scratch and work your way up the data science hierarchy through DataMites data science courses in US. What are you still holding out for? Begin your data science journey right away!

2023-01-10
Data Science Team
Previous: Understanding the Role that Data Analytics plays in Manufacturing
Next: What are the Top-Ranking IT Companies in Ranchi? 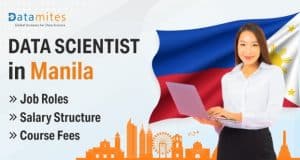 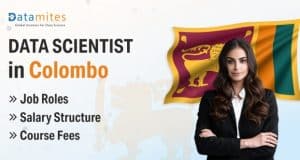 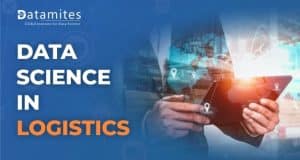 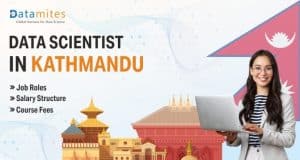