A Guide to Principal Component Analysis (PCA) for Machine Learning

Sometimes there are situations where the dataset contains many features or as we call it High Dimensionality. High dimensionality datasets can cause a lot of issues, the most common issue that occurs is Overfitting, which means the model is not able to generalize beyond the training data. Therefore, we have to employ a special technique called Dimensionality Reduction Technique to deal with this High Dimensionality. One of the best techniques that we use is known as Principal Component Analysis(PCA).

Principal Component Analysis is one of the best Dimensionality Reduction Techniques available in Machine Learning. It is a type of feature extraction technique where it retains the more important features and discards the less important ones. The way it works is that it transforms the existing dataset by reducing the number of features and retaining only important features which are called Principal Components while also making sure that it retains as much information as possible from the original Dataset.

The main aim of PCA is to reduce the number of features or variables in a dataset and also retain as much information as possible from the actual dataset.

In this step, we standardize the range of the values in all the variables to a similar range so that all of them have equal contributions to the analysis.

The main reason why we perform standardization before actually performing the PCA is that PCA is very sensitive to the variance of the original variables in the dataset. The reason is that, if there are features with big differences in their initial range of values then the features with a higher range of values will dominate the overall analysis and PCA will be more biased towards those features. So performing standardization initially can prevent this from happening.

Standardization is done by using the following formula:

Where x is the Value

Once the Standardization is done, and all features are scaled down to a similar range, we will now proceed with the PCA method.

The main aim of this step is to understand the variance of the input data from the mean or in simple terms we try to find if there is any relationship between the features. The reason we do this is that sometimes there are features that are highly correlated and contain similar information. So to find the correlation we compute the Covariance Matrix.

Step 3: Computing the EigenValues and EigenVectors

Check out the below videos:

What is the Principal Component?

Below are some of the properties of Principal Components:

So the PCs are constructed by combining the initial features of the dataset. The process is done in such a way that none of the PCs is correlated with each other and most of the information is squeezed into the first few PCs. For example, let’s say there is a dataset with 10 features and we apply PCA to it. So we get 10 PCs, but the PCA algorithm puts maximum information into the 1st PC and then remains to the 2nd PC and so on. We sort the PCs in the descending order of their EigenVectors to get something like this:

In this way, we organize information into the form of Principal Components thus allowing us to reduce the number of features without losing too much data. So we discard the features that have less variance and consider the new variables which have high variance.

Watch the video: What is PCA ?

How does PCA create Principal Components?

Principal Components are created in such a way that the 1st PC has the highest possible variance in the dataset. The next PC is constructed similarly but under the condition that it should not be Correlated with the 1st PC and must account for the next largest variance.

This process continues until we get a total of p number of PCs and it should be equal to the number of variables in the original dataset.

Feature Vector is nothing but a matrix with the columns containing the EigenVectors of the newly formed PCs. You could say this is our initial step toward Dimensionality Reduction. So if we decide to keep p EigenVectors(PCs) out of n original number of features of the dataset, then the overall final dataset will only have p number of features.

These are the steps involved in the Whole Principal Component Analysis.

Advantages and Disadvantages of PCA:

There are plenty of benefits of PCA but it also has some drawbacks.

BUILD A TENSORFLOW OCR IN 15 MINUTES WITH DEEP LEARNING TECHNOLOGY

Introduction to ATTENTION in NLP for Beginners 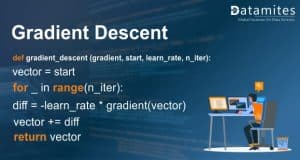 What is a Gradient Descent? 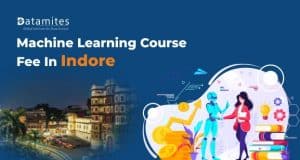 How much is the Machine Learning Course Fee in Indore? 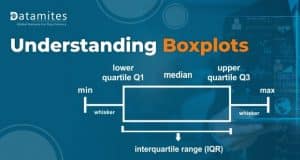 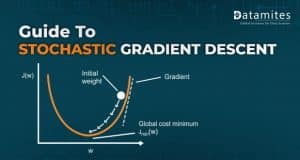